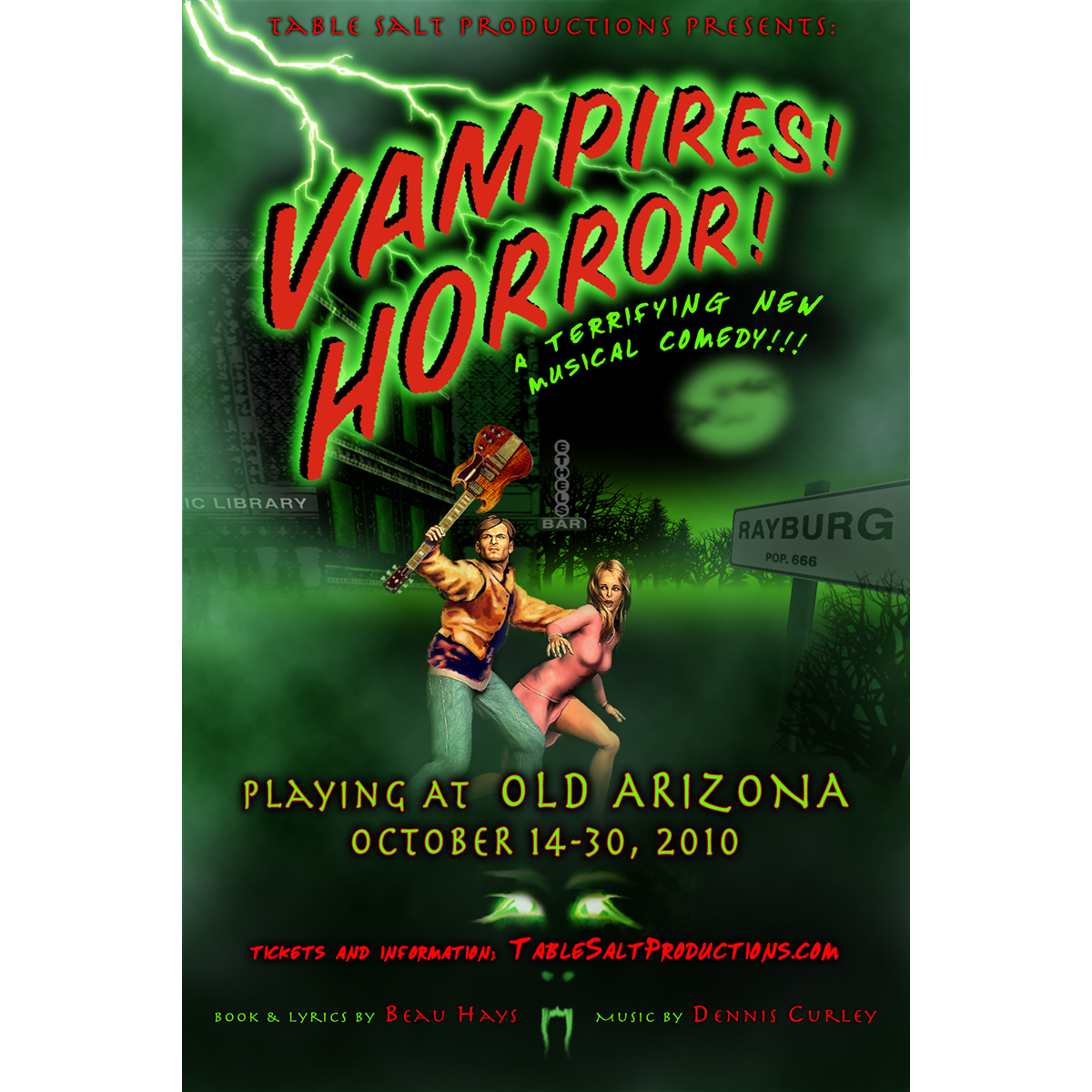 Vampires! Horror! — a brand new rock musical — is coming to the Old Arizona!  With music by Dennis Curley and book and lyrics by Beau Hays, this campy show gleefully rides the blazing popularity of the Twilight series, the Anne Rice vampire books, and such television classics as Buffy the Vampire Slayer, Angel, Forever Knight, Moonlight, Being Human, The Vampire Diaries, and True Blood!

In the tiny town of Rayburg, an unlikely cast of characters finds themselves enmeshed in the threads of a dire prophecy.  Is Teri Lyn's unborn baby really the long-awaited Vampire Queen?  Does her toymaker husband, Roger, really work for the military, and does he unknowingly hold the key to humanity's very survival?  Will hack tabloid reporter Loretta St. James uncover the truth in time to get the headlines she so desperately craves?  As Daylight Saving Time comes to a close, the vampires and the U.S. military prepare to do battle once more, with the fate of the world hanging in the balance.  And with dancing.

Find a screening of the film here! 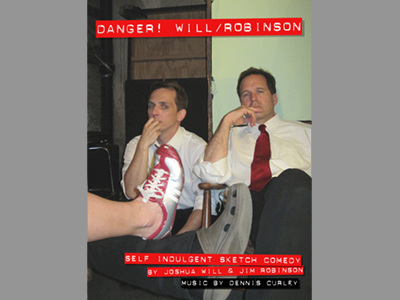 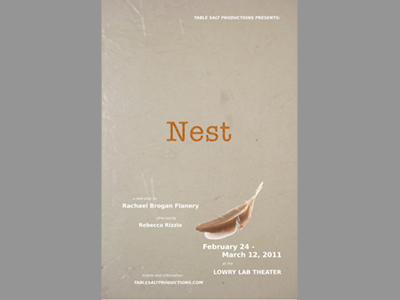